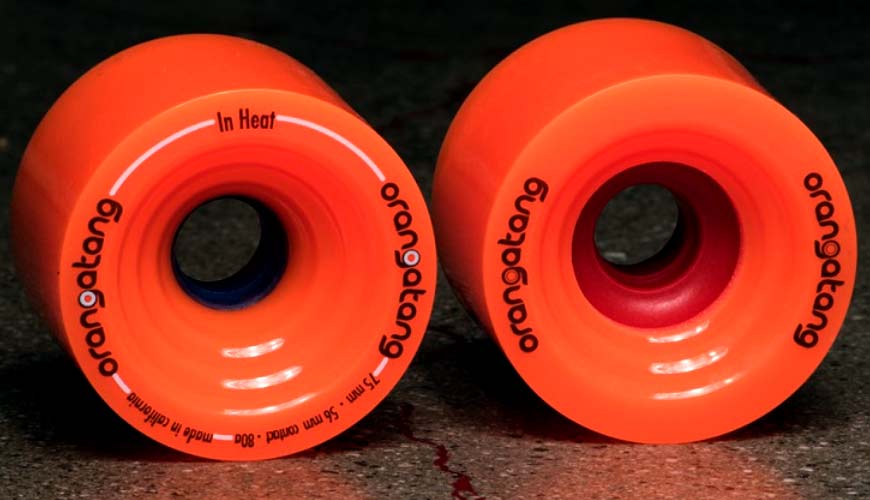 The good folks at Orangatang Wheels have just unleashed the Menopause. We had a chance to find out more.

What prompted you to bring on test participants for the launch of this wheel?

Product development is a very important part of Loaded and Orangatang. We’re here to build the best stuff we can, and see all of our products as a work in progress. While we believe that we have some good ideas and have developed a good strategic approach to product development, we obviously don’t have a monopoly on good ideas.

Creating Loaded Labs and opening up our doors to the community at large is something we’re excited about and we hope that it will allow us, and the industry in general, to keep pushing the limits of design and performance while also engaging in a fun and collaborative dialogue with our customers.

Were you a little concerned about this?

It’s very rare to see this in skate wheels. It’s unnerving and it feels like we’re lifting up our skirts a bit. But we know that we have a good wheel and want to make it a great wheel. Yes, more ideas and more feedback isn’t always better. But we’re only selling a limited amount of wheels with the Menopause project and feel that we have the systems in place to be able to decipher the feedback we receive.  But we still don’t know how it will pan out.

We’re going to use this as a litmus test to try other projects of this nature. We’re still trying to think about how best to include shops and distributors in this type of interactive product development approach.

What has been the reaction so far? 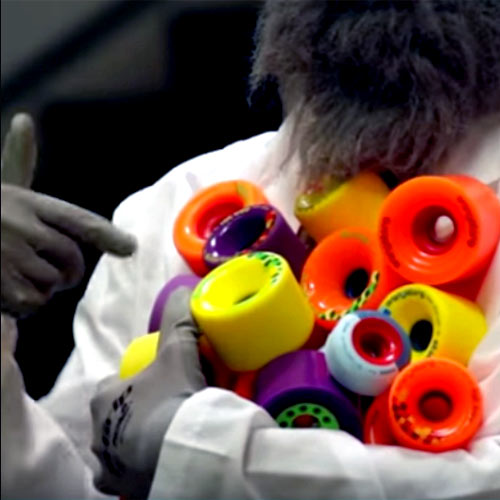 We’ve sold through most of the wheels at this point. From what we can tell, people are super stoked. But we’re still waiting to hear feedback; it’ll probably take a few months before we really know how this project worked.

Who came up with the name?

Brian, it was totally Brian. I take no responsibility.

Actually, Brian did throw the name out, and it stuck. It’s one of those things where you say it so much internally that you forget the meaning. After we launched we turned to each other and said, “Did we really choose that name? How did that happen?”

Orangatang Wheels captured the hearts of riders over 6 years ago. Of all the things you’ve done, what initiative stands out in your mind as having the most impact?

While there are many things we’re proud of, I think that the Ambassador program (which exists in Loaded as well but was spearheaded through Orangatang) has been arguably the most exciting and important initiative for Orangatang. Gathering a diverse group of amazing humans and giving them the tools to spread the gospel of stoke has grown the community worldwide and fostered skateboard passion. It’s allowed us to create something that’s much larger than any one person.

Did you ever get the feeling that a certain TV show (Orange is the New Black) might have copied your idea?

Of course! I’ve had a fantasy of being in bondage surrounded by hundreds of women since I was a child. But I suspect that’s true for most of us. Actually, we’re currently in litigation with orange trees as we have a patent on specific shades of orange. 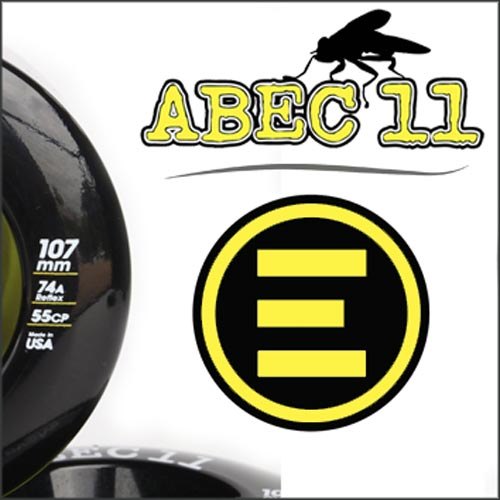