A decade ago, a girl in Indiana had a vision. An unexpected turn of events introduced Courtney Payne-Taylor to skateboarding, and it saved her life. When she started skating, the only girls she saw at skateparks were simply watching. She wondered why there were not more females enjoying the love and benefits of riding. What was keeping them off boards? Changing that reality became a purpose that fueled the desire to stay alive.

GRO started with a girl in a van filled with skateboards, pads and helmets. Courtney traveled the country coast to coast. She provided free workshops to girls of all ages who were willing to take that first step onto a board. Through supportive instruction, becoming comfortable with the basics, girls quickly realized they were capable. By adding each girl into a network of other girls just like her, they began to see they were not alone. They were welcome and were part of something.

Girls were getting on board everywhere. This enthusiasm presented the need to build communities with regular, ongoing support. It was more than one girl in a van could do on her own. To truly grow communities of girl riders, it would take many girls becoming local leaders of the GRO mission. Girls loved the idea. However, many girls believed they were not capable of leading and that their local skate community would not welcome them in this role. This was holding them back from becoming the leaders their towns needed.

It was time for a shift in GRO. Life on the road and teaching girls to skate gave way to settling in NYC and shifting the focus to provide a network that could teach girls to be leaders. In order to develop the network for crews across the country, Courtney needed to get off the road. She moved to NYC, whose skate culture is persistent through the weather and the city’s tough, broken streets. It is also a city where people continuously make their innovative dreams a reality, which goes hand and hand with the GRO mission. One by one, girls began to step into leadership roles, developing local GRO Crews where they lived. Through this, they soon learned that they were not only able to lead this growth, they were amazing at doing so. Those who began crews without local support developed a strong network through the girls and parents that joined.

This year, as GRO celebrates 10 years of empowering girls through action sports, the question is, “What’s next?” Girls can ride. Girls can lead. It’s time to show how their dreams, ideas and imagination can further change our world.

GRO began with one girl. It has grown through many girls and will continue to grow, fueled by many more girls still to come. Together, we make the world of our dreams come true. You may be the girl that ignites the next great idea. GRO knows you are capable and welcomes you with open arms. Join the GRO Riders through girlsriders.org and be part of the next 10 years of positive change! A Little Girl with a Big Vision – Chica de Mayo At 9 years old, Zoe Herishen loved being a skateboarder. Going to skate parks was a favorite thing to do, but when she did, she noticed that she was usually the only girl there. She was not bothered, but she thought it would be nice to have other girls to bond with over skating. Last year she found about GRO. They were having a girls’ meet-up at Riverside Park in NYC, so Zoe decided to go. Not only did she meet other girl skaters, she also met GRO founder Courtney Payne- Taylor and Katie Andrews, the GRO NYC Crew president. There was an immediate connection with Zoe and the GRO NYC girls. That afternoon Zoe became an official GRO Rider.

Up until then, all events Zoe had attended were specific to either long boards or short boards. As a skater who rode many types of skateboards, Zoe had an idea for an event that would include them all. At the next GRO session, Zoe shared her idea with the GRO NYC Crew, and they loved it. Not only were they going to move forward with the event, they were going to let Zoe lead the planning for Chica de Mayo, the name the she chose for the event.

Imagine being a 9-year-old and having an adult actually listen to one of your ideas and help you turn it into a reality. Zoe was thrilled. When she found out that Courtney wanted her to lead the event, she was proud of herself for having the courage to approach the GRO Crew and pitch her idea. Zoe’s family noticed a change in Zoe since she became a member of GRO NYC. She was becoming more confident, more vocal, more expressive. She was taking chances and becoming even more outgoing.

Event planning seemed to be going easily at the beginning. Sponsors were excited to be involved and the venue was confirmed. Everything seemed to be on track – and then it wasn’t. About a month before the event, one of the main sponsors backed out. Unexpected charges arose, and suddenly the event was in danger of being canceled. Plenty of sponsors were willing to donate product to raffle, which is wonderful, but when it comes to getting money to cover event venues and other costs, it became difficult.

Once news of possible cancellation got out, the venue offered to lower the price so that the event would not have to be canceled. Jessup Griptape stayed in support of the dream and provided financial support to allow Chica de Mayo to move forward. Zoe’s story is a prime example of why Girls Riders Organization needs financial support. GRO was able to move forward with a great idea from a 9-year-old girl, but because of financial difficulties, the event was almost canceled. In order to continue empowering girls and actually help them turn their dreams into a reality, we need support from the community. We have the opportunity to reach girls of all ages, but we are stymied by a lack of funds.

Teaching self-confidence is one of the greatest benefits of GRO. GRO helps girls overcome their insecurities by teaching them a sport that helps boost confidence and allows them a safe place to bond with other girls who share a common interest. Through GRO these girls become strong, courageous and confident. Everyone learns that no matter how different they are, they are still amazing! Thanks to Michael Brooke and Concrete Wave Magazine!

Skate Everything
Posted in:
SKATEBOARD 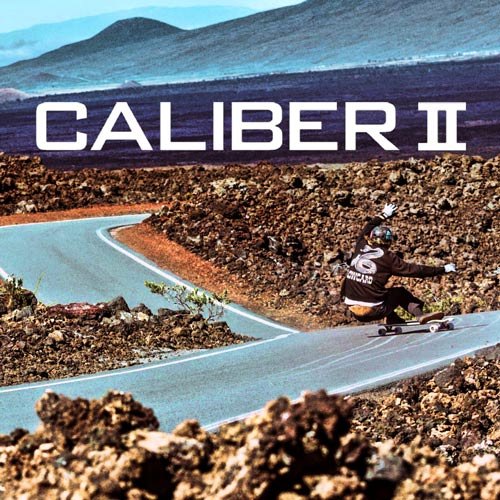