It’s hard to believe that we’ve arrived at Vol. 16 No. 1. Precisely 15 years ago this June, I found myself in Folly Beach, South Carolina, at a slalom competition. A box containing copies of our very first issue arrived for the event, and I recall watching people’s reactions. We’d put Duane Peters on the cover and declared that Concrete Wave was here to take you back and move you forward. Duane was certainly a pioneer in skateboarding, but I’d like to take this opportunity to acknowledge a few other people who carved the way for generations of skaters.

Let’s start with the early 1960s. George Trafton, Steve and Davey Hilton rode backyard pools on clay wheels. Hard to believe they hit coping, but indeed they did. In that same decade, Hobie Alter teamed up with the Vita-Pakt juice company to create a renowned skate team. What many people don’t know is that Hobie and the team experimented with rubber wheels.

Who knows what could have happened had they just had the foresight of Frank Nasworthy, who would go on to promote urethane wheels less than a decade later. In the 1970s, downhill speeds were officially clocked at 50+ mph. But unofficially, things were considerably faster. Roberto “Chuy” Madrigal bombed Knoll Ranch Road in Anaheim Hills and is said to have hit 70+ mph.

Nowadays, female skaters are receiving a great deal of welldeserved coverage. But over 40 years ago, SkateBoarder magazine had no problem showcasing female skaters. Laura Thornhill’s eight-page interview in the December 1976 issue paved the way for numerous female skaters. Laura was also a key part of the trip to the Arizona desert pipes in SkateBoarder’s Spring 1977 issue – the first time a mix of male and female skaters were featured on a road trip in a skate magazine. When skate and snowboard pioneer Lonnie Toft came up to the Toronto Sportsmen’s Show, he met up with “Wee Willi” Winkels.

Lonnie took one of Willi’s laminated decks back to California and won a contest with it. This got the attention of board maker Tom Sims, and laminated boards soon became the standard. For the record, Willi also had a hand in developing the halfpipe and the world’s first portable music system you could ride with. Randal Fuller came up with the reverse-kingpin truck almost four decades ago. He took his designs to Sure-Grip, who manufactured the trucks. It took a considerable amount of time for the skate world to understand Randal’s vision, but his design set the standard. Back in the early 1990s, Dennis Telfer took an old snowboard and turned it into a longboard. Unfortunately, the board got stolen, but it encouraged Dennis to make additional decks for friends. The demand became so intense that Dennis eventually co-founded Sector 9.

In 1994, Dan Gesmer of Seismic ran an ad in TransWorld Skateboarding promoting turning and carving. At the time this was seen as completely unorthodox and somewhat crazy. Now, in hindsight, you can see just how far ahead of his time Dan actually was.

There are literally dozens of additional stories that we could add to this piece. These stories are just a small sampling of the tremendously rich history of skateboarding. The beauty of history is that it gives us perspective and can at times offer us clues to the future. If these last 15 years are any indication of what’s to come, I know it’s going to be an incredible ride.

Skate Everything
Posted in:
REISSUE 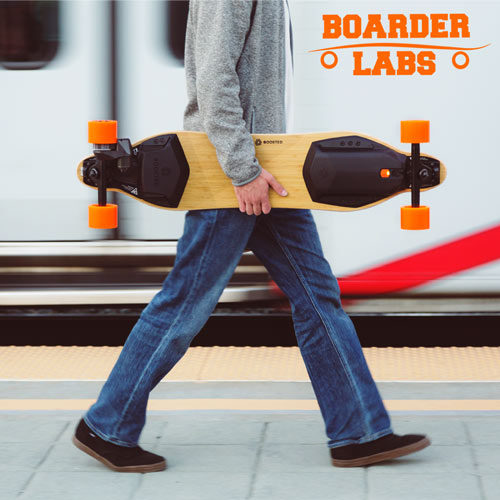