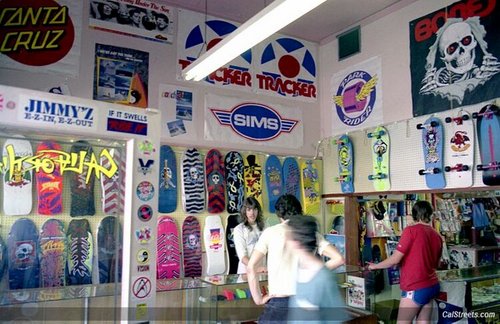 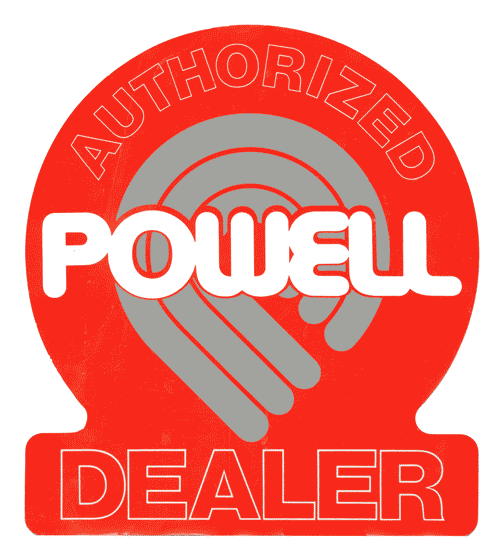 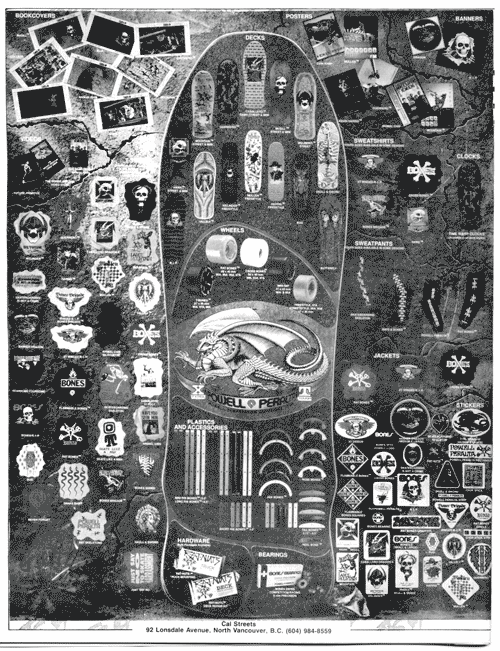 WHY POWELL REISSUES ARE AWESOME!

Who knows how to make an old school re-issue deck better then Powell-Peralta? It’s a good question. Yeah, you could use all the oldschool methods and produce a pretty good board, but what if you can do it better? Better? For both skate and display? You bet!

Powell didn’t just yank some molds out of storage for these decks, they remade them using modern materials and methods. The result was a more consistent and better made board. Molds used to wear down over time and only the early pressed decks got he

fullest extent of benefit from the manufacturing process. Now every deck gets pressed like its the first one. Meaning if you love a shape and skate it into the ground, your next board will be just like your old one, but brand new.

Speaking of skating, not only did Powell-Peralta update the molds to better produce re-issue decks, they also use their modern adhesives which is really important as it helps produce a stronger deck. Let’s face it. We all aren’t as light as we were in the 80s when we first stepped on these boards. The adhesives are also an added benefit for collectors as they help retain a deck’s shape better than before.

The skate-ability of these decks also makes them a great choice for anyone wanting just a good shaped board to skate, making them desirable by all age groups. Not just die-hard classic fans. Most Powell-Peralta re-issues come drilled for the modern hole pattern trucks with heat transfer graphics so you can afford to thrash these!

Calling all collectors, Powell-Peralta specifically puts out a line for the purest of old school fans; the Brigade Series. With some decks limited to only 1000 pieces, these numbered decks feature authentic screened graphics and the oldschool hole pattern. Making it the truest possible 80s ride that Powell-Peralta can offer and the next best thing to owning a pile of brand new original decks.

Whether your going to ride them or not, Powell-Peralta hasn’t left any disciplines out. The strict 10” x 30” crowd has their shapes, the mid 80s guys have their shapes, the early appearance of nose kick from the late 80s, the early double kick boards of the early 90s and lets not forget the freestylers. Wow, what a mouth full. But that is what you get with Powell-Peralta. Everything you can want. They have put the tools in your hands for early vert and pool skating, early street, freestyle and the beginning of modern street too.

The shapes really are no joke, when you buy a Tony Hawk deck, you get the Tony hawk shape. They took this seriously and have mapped out every detail to ensure you get what you had / wanted as a kid or the board you really want to rip.

As Powell-Peralta puts a lot of care and detail into their re-issue boards, it is very impressive to see that these are not only made in the USA for maximum quality control but also things like double drill for front truck placement hasn’t been forgotten. Every detail is there, right down to the accessories. Suit up your re-issue in style with Powell-Peralta plastics and wheels.

So whether your looking for that rad ride, a blast from the past or the next board for your wall, these Powell-Peralta re-issue decks are a must for anyone with the passion. Each one with a warranty card, so you never have to worry about getting one that is a dud, they take pride and ownership over all their workmanship. Striving to make these the best decks in every way possible. Have a sick ride or enjoy them from the couch with your favorite cold beverage. By Adam Wiggum