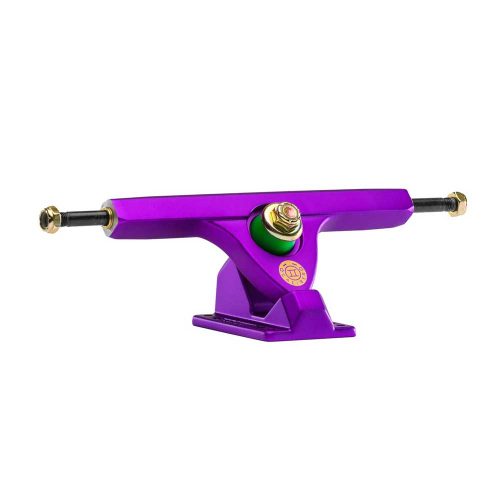 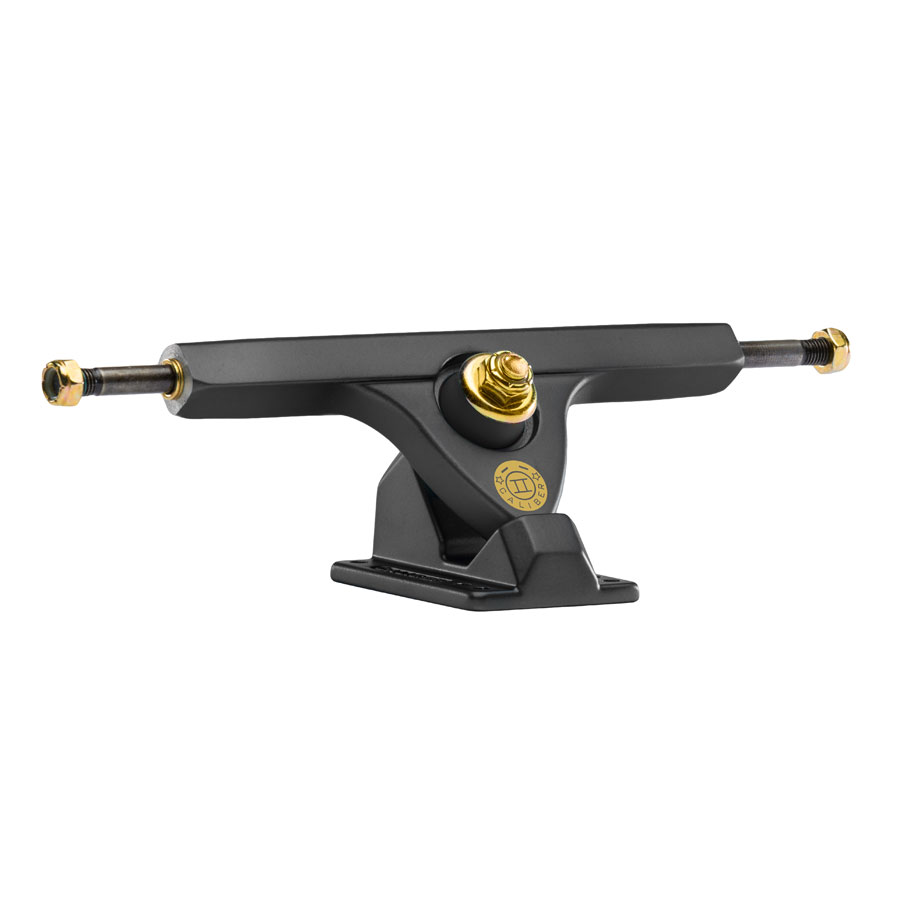 The new 50 degree baseplate has an updated bushing seat with a no-slip fit, and the Pivot has been re-designed for tighter tolerances with the updated chamfer. 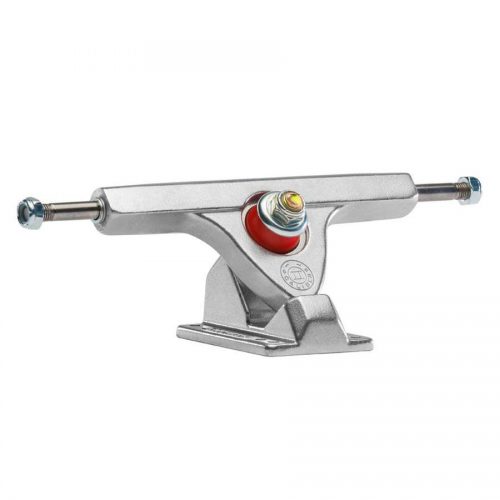 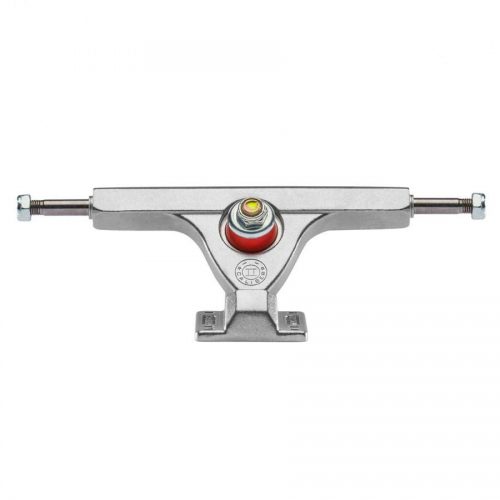 The Caliber II Trucks Raw are here and ready to shine in a 158mm size!

The Caliber II Trucks now feature a fresh silver polished design and a ton of new improved upgrades to the geometry of the truck. Improving on perfection, the Caliber II trucks have a variety of upgrades. Now featuring a better bushing seat, increased tolerance and strength. As a result, these upgrades provide you with the best performance possible in a cast truck.

The Fifty Degree Caliber II trucks are stable at high speeds, while also having an optimal angle for making strong carves. The hanger is not only reversible, but when flipped there is no rake to throw off the ride. The bushing seats are symmetrical with an optimal setup for any style of bushing. The pivot of the baseplate is self contained keeping it from having any weakness. The Blood Orange Bushings at an 89a durometer make for an ideal responsiveness.

It’s about time this OG shredder and early Caliber team member got a full part of her own. Even better, we filmed it in our home zone on some of the best hills we have. Alicia isn’t new to downhill skating. She was there in the slide jam days, she remembers visiting us when we still operated out of a garage, she’s put in her time hiking hills, she became a Sunset Slider, surfed the streets of SF, traveled in the bus all up and down the West Coast, raced and traveled in a lot of exotic places, partied with the legends, and has been repping Calibers the whole time. Alicia has been a part of the crew for almost 9 years and if you’ve been following her from the beginning than you might be an OG yourself. But, for all you groms and new comers that are unaware, we recommend you watch this and educate yourself. We hope you enjoy getting schooled by this badass. Alicia bringing style and grace back like its 2014. 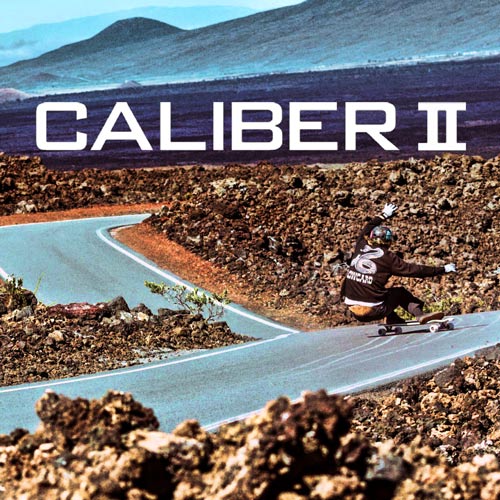 The Caliber II Trucks are designed to push your riding to the next level. These Caliber trucks are designed to deliver the highest downhill / freeride performance possible. Elevate your riding to new heights with these high performance cast trucks. Caliber Trucks has set a standard for the downhill freeride scene.  Caliber Truck Co. is dedicated to creating the highest-quality trucks on the market. A minimalist mentality to the design of their trucks, giving you everything you want and nothing more. The Caliber II Trucks are designed to give you the best performance possible in a cast truck. Now featuring a better bushing seat, increased tolerance and strength.