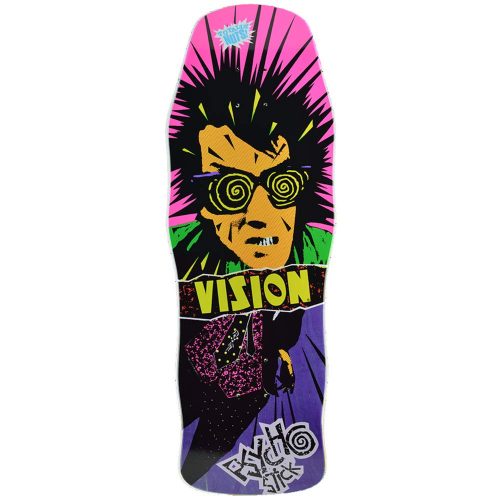 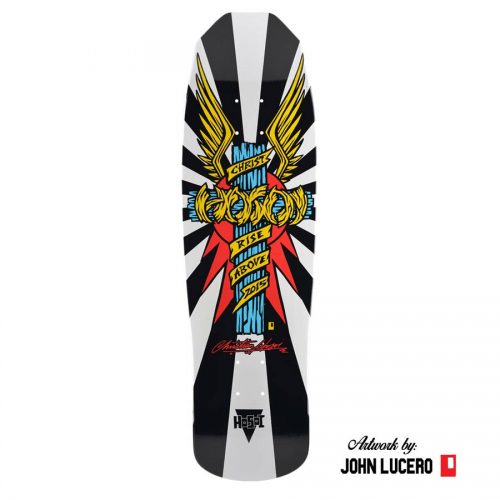 The Schmitt Stix Chainsaw decks cuts its way in at 33″ long. The Chainsaw is a cruise ship of a deck with a vibrant yellow color stain!

The Chainsaw will crush bowls, and cruise around the city like floating on a cloud. It’s time to fuel up the ole’ chainsaw and get ready to chew through some wood! 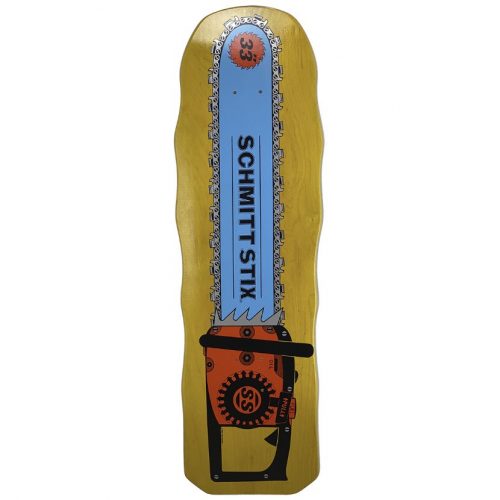 The Schmitt Stix Chainsaw deck is a blast from the past!

The Schmitt Stix Chainsaw features the same shape that it was famous for!

This board is hard to go wrong with, when the original company is the still making the board from the ’80s!

At 33″ long, the Chainsaw is a cruise ship of a deck! Ultimate stability for your next cruising session, and plenty of foot space.

The massive 17.5″ wheelbase will give a crazy stable ride, and the OG concave style gives you the freedom to adjust your stance easily. Plus, the gas powering the chainsaw will give extra air when you’re smashing those ramps.