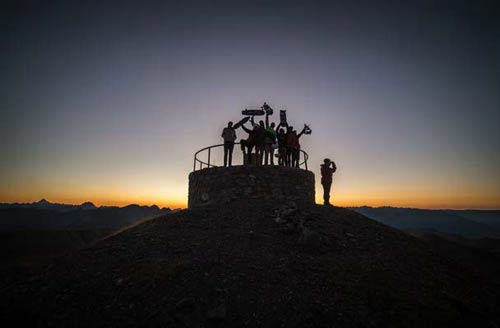 At the end of 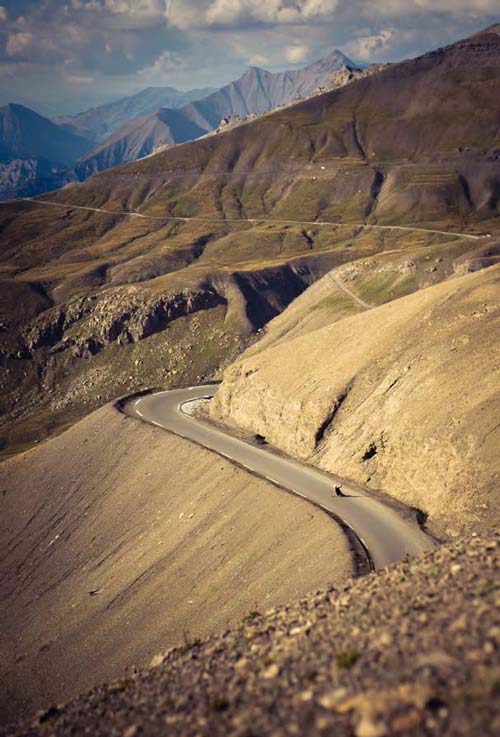 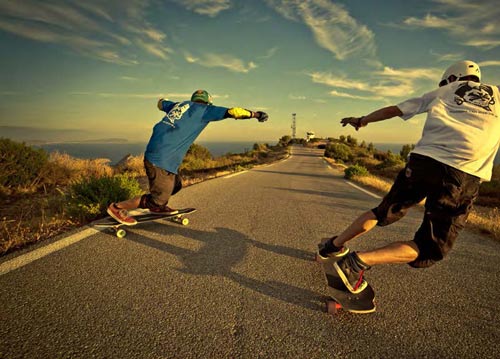 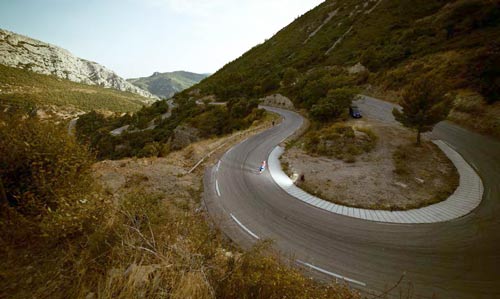 August, it’s the end of vacations for French schoolboys and their parents. It’s also the best opportunity to ride the French Riviera without too much traffic. My friend Pierre Hardillier, the 2013 French downhill champion, and I decided to cross the South French Alps for a couple of days and search for the most beautiful roads to ride and shoot from mountain to sea.

The first destination was the highest paved road of Europe, the Col de la Bonnette – 16 miles of riding, with a start above 9,000 feet. On that Saturday night, we had an appointment with Yvon Labarthe (a great street luge rider and filmer) and half a dozen other riders to film some runs lit by the full moon.

We arrived at the end of the afternoon and it didn’t take much time for Pierre to ride his board for a warm-up run. It was also an opportunity to meet the other riders and skate together until the sunset. This road was wonderful. It started from an altitude screen, then wound through alpine meadows and finished in a forest down the valley – all with perfect asphalt due to the recurrent passage of the Tour de France.

Once night fell and the moon rose, the real fun began. It had been a long time, but I used to shoot bike, ski, street luge and longboard by moonlight. I love the cold lighting and the feeling of being alone on the mountain. But this time, it was deeper than anything I had shot before. Imagine four riders starting at 50 mph on a road winding between cliffs and ravines, pursued by the follow-cam car, with nothing more than two LEDs under our boards and sparks from Crema Fire Pucks for light. It was a real crazy shoot for Yvon and our riders, Matthieu Zeder, Jules Horning, Max Sorek, Pierre Hardillier and me, which ended with the sunrise at the top of the pass. Amazing …

After this tiring night and a short nap, Max, Pierre and I decided to hit the road to the south, toward the sea. With Augustin Jouan-Montes’ tips and after two hours’ drive, we discovered the first spot of my dreams, the Rayol-Canadel pass. It was just the kind of place I was looking for – a little snaky road overlooking the sea, closed to traffic due to a landslide, with two miles of tranquility to ride, shoot and camp. Insane …

The next day, Max had another spot to show us, his home school spot. The Espigoulier Pass, around the city of Géménos and the Sainte Baume mountain, is well known by local bikers and drifters because of its width and its smooth asphalt with many hairpin turns. This road is a giant corkscrew to have fun, all in the typical landscape of Provence. Simply stunning …

The more this trip progressed, the more I was in heaven. Each spot was more beautiful than the last, and my pictures were the same. A real connection developed between the skaters and me, and we didn’t need to speak more to coordinate our actions. That was the perfect mix between riding and shooting, between nature and skateboarding.

After a good evening and a good night’s sleep at the workshop/home of Blackkross Longboards boss Greg Hunneguy, we decided to go back toward the sea, to the Ridge Road between La Ciotat and Cassis. This road has fascinated me ever since I saw it a few years ago. It’s a winding tourist road that runs on top of a cliff overlooking the sea, in a nature reserve. The sun began to drop, the two riders were hot to skate, and they soon regaled me with well-synchronized huge slides on the seabed side until sunset. Magical …

Before returning to Greg’s home for our last night, I had one last photo that kept running through my head, one that was not possible to produce in the Bonnette. I wanted to shoot sparks of Crema Fire closer. So this night shot was done by Max, with a French Riviera background. I was overwhelmed. I had spent four memorable days with friends, shooting and riding in incredible landscapes. The next day we took all different directions,
but we will keep in memory (cards?)
those pure moments shared.

“Skate is life, trip is life, life is happiness.” 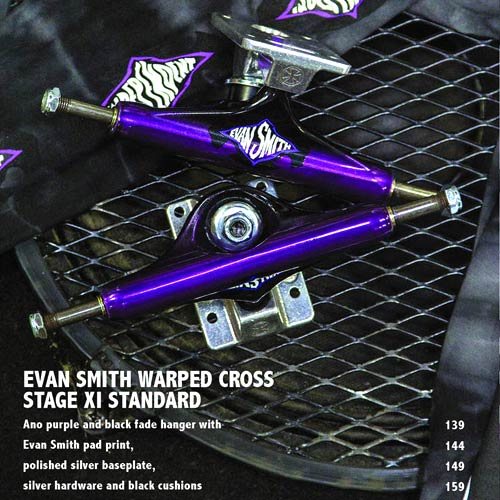