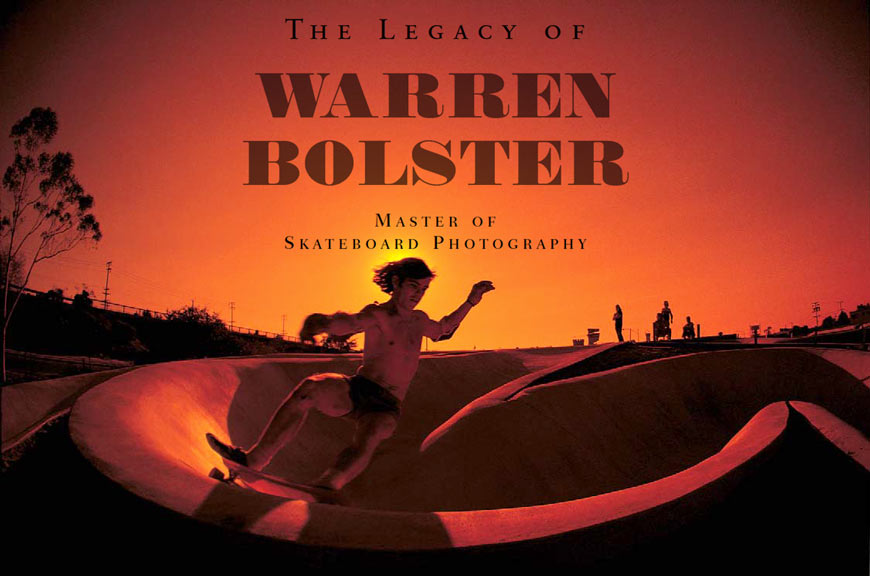 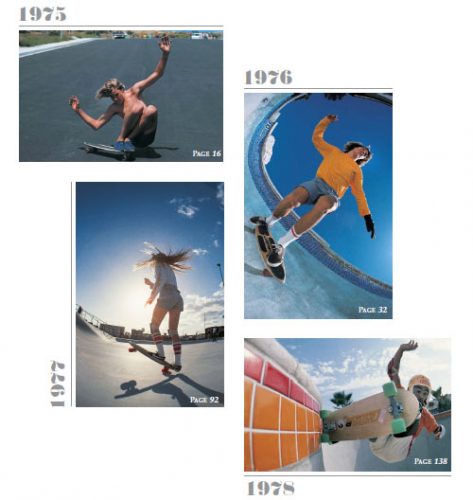 In November of 1976 I was able to purchase my first issue of SkateBoarder Magazine. BUY NOW

I had read about the magazine a year before, but to see it on the newsstand at our local convenience store was an incredible surprise. I quickly plunked down my $1.25 and was transfixed. The photos and stories were just magical. The “magician” responsible for SkateBoarder was a man by the name of Warren Bolster. It was his vision and drive that created “the bible” of skateboarding. His commitment to document all types of skateboarding and skaters has stayed with me for close to thirty years. It is a vision that I try and capture as publisher and editor of Concrete Wave Magazine.

Warren’s devotion to building and documenting skateboarding almost consumed him. By 1978, the editorial reigns were passed. However, the legacy of Warren’s work within skateboarding has not been forgotten. Warren Bolster didn’t just capture the rebirth of skateboarding, he captured its true soul.

My deepest thanks go to Kevin Harris of Ultimate Skateboard Distributors. His financial support and dedication to this project is overwhelming. We simply could not have done it without Kevin. Daniel Gesmer has done a tremendous job as editor and I’m grateful for all his efforts. My thanks also go to Blair Watson for assisting with editing duties. My designer, Mark Tzerelshtein aka Markintosh, has done a wonderful job of laying out the book. A thank you to Laura Thornhill-Caswell who first put in me contact with Warren. Finally, a huge amount of gratitude and respect to Warren Bolster, the man who created so much magic within the world of skateboarding. Thank you for inspiring me along with millions of other skateboarders worldwide. This book is a celebration of your incredible legacy. 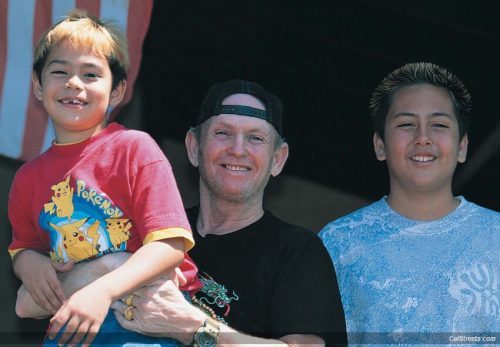 As with everything I do, I have to give credit to my mother and father, Elizabeth and Edward Bolster. From an early age, they gave me hand-me-down cameras and screened slide shows of our family travels. They always encouraged and supported me in pursuing what inspired my love and dedication, even if they preferred I do something completely different that they could more easily understand. When I wrote my parents in 1972 to ask for a new camera, they followed through. Almost immediately, I began getting published in surf magazines and became a staff photographer and contributing editor. In Arlington, Virginia, where I grew up, surfing and skateboarding were almost entirely unheard of. My father was a Foreign Service Officer, First Class, and traveled extensively as a diplomat. Eventually he became Consul General at a luxury post in Sydney, Australia, where in 1963 we settled into an $8,000,000 government estate. That’s where I rode a skateboard for the very first time, in 1965. My father, who passed away this year, always wanted me to write more — a book perhaps. He remained wise and cogent to the end, despite a lifetime of serious asthma and many strokes. I wish he were alive to see this. My parents — like yours, I hope — set me on course to be dedicated to what I love. This book — along with the collection of my surfing photos and the articles in Concrete Wave magazine — shows, I think, that I’ve stood the test. And now I have to give credit to my own children. I’m literally living FOR them, and genuinely enjoying the time we have together. Edward, named after my father, is almost 16, and Warren, Jr, is 10. Both ride skateboards, and Little Warren surfs, too. Tony Hawk is their favorite pro. For over twenty years, my little sister Janet has been personal secretary to Chief Justice William Rehnquist of the U.S. Supreme Court. I’m very proud of her, and happy to be uncle to her daughter Beth and great uncle to Beth’s children. To my family, I dedicate everything. I love you all so much.

SkateBoarder Magazine was the only skate publication worth reading when I started skating. I used to check the local liquor store every week to see if they had the newest issue, and it was almost always sold out before I had the chance to claim one. My parents finally got me a subscription after I incessantly begged, whined, and demanded that they fill this missing link in my life to the best skating in the world. I would read it cover-to-cover and stare in amazement at the gravity defying feats of the era’s infamous professionals. The pictures were always dreamy and left me full of disbelief, admiration, and inspiration. If it weren’t for SkateBoarder, I would have never realized what was really possible on my four-wheeled plank.

My first experience with Warren was around 1974, when he competed at the Katin Surf Contest in Huntington Beach as a member of the Bing Surfboard Team. After that event, I went back to work for G&S, and Bing was a licensed brand under my sales direction. Warren was a great photographer and writer for both skate and surf, which earned him a top management position at Surfer and SkateBoarder magazines in San Clemente. This meant that I traveled with him a lot, since I was also in charge of the G&S Skateboard Team. Warren’s passion and enthusiasm, broadcast to the world via his photography and writing, are part of the reason why our Southern California sport took off. I remember a trip with Stacy Peralta “out to the desert pipes” near Phoenix, Arizona. WB was kind enough to give me some shooting pointers — I thought that a high-speed camera-was all you needed to capture great photos. I wonder if WB recalls me singing Beach Boy tunes on our return flight! I also remember WB going through the cones at our Sunday slalom events at La Costa (near his home in Carlsbad) and dropping in at probably the first skate park adjacent to the Carlsbad drag strip. Warren was also a mentor to Gregg Weaver of the Hobie Team. It was great to see some of his old photos, as well as new ones, in Concrete Wave, which has some of the energies of the 1970s SkateBoarder magazines — without the negative aspects that took root after WB left their management team.

Warren Bolster took it to the world. When skateboarding entered its second fervor in Southern California in the 1970s, Warren spread the energy internationally. We were inventing new trucks and wheels, building the first skatepark, competing weekly, creating the Pacific Skateboard Association (the first association of skateboard manufacturers), and publishing The National Skateboard Review (a grassroots national newspaper). Meanwhile, Warren was everywhere to encourage, photograph, and promote our sport. His SkateBoarder magazine showed us to the world. His phenomenally-riveting action photography told the story, and the world was ready.

WB was as innovative behind the lens as we were on our boards. He pioneered the use of fisheye lenses, motor drives and strobes to capture the moment on film. These techniques were instrumental in manifesting his vision of how to show skateboarding to the masses. I worked very closely with WB. He always put his body in harm’s way to get the shot. He suffered cuts on his forehead, and skateboards often flew into his back, ankles and arms. But once I did a lip-slide right into a brand-new $2,500 fish-eye lens the day after he got it! Warren also broke new ground in surf photography.