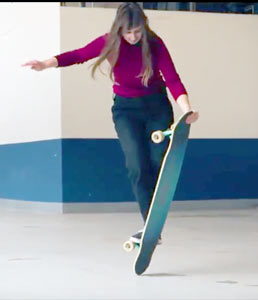 Bianca Kersten heads up Flow Provider and she is in charge of the event. We contacted her from her home in Spain.

For those who are new to the party, what is it about longboard dancing?

Longboard dancing is riding a longboard in your own style, with flow (speed, consistency, combos) and creativity (innovation is important in competitions). It includes dancing that is accompanied by a variety of technical tricks.

How did Flow Provider become part of this movement – and what was the impetus to start the SYCLD?

Already since 2003 does Flow Provider organize projects within street culture and street sports. Mainly events and programs in school. We believe in making a circle: pro’s inspiring people to start who are taught bij <retired or not> pro’s who can make a living out of their passion this way. These new inspired people who are taught form the new generation of pro’s and so the story continues. I believe in taking care of the whole circle to maintain a healthy scene. I use to manage a building on the opposite side of the Klokgebouw. Jan, the owner told me that I should just ask whenever I wanted to do something. It was bad weather and we wanted to skate. And so we did.. and the whole world came. Things lined up.. I had the time and knowledge to make an event out of it (which was necessary because of the huge amounts of people that wanted to come), I have the love of longboarding and knew the people in the scene and the owner of the Klokgebouw supports us in an unbelievable way. So.. it became ‘So.. You (think you can <- the first edition this was added) Can Longboard Dance?’ as a joke because the event that was her big sister, in Zwolle NL, was called ‘Dancing with the Stars’. Nobody knew it would lead to this. And I think the secret of the succes and growth is that there is no ulterior motive. As long as a bunch of people have fun skating and inspire others, SYCLD is a success

-What are some of the goals of 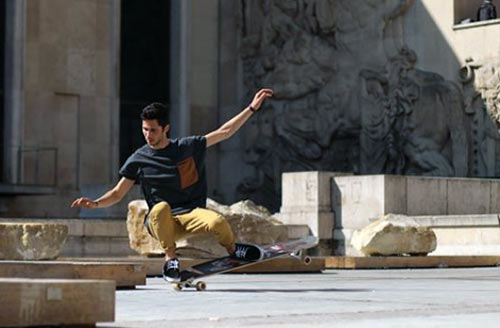 The goals of Flow 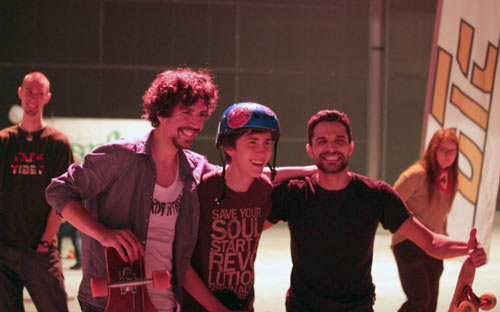 Provider is inspire, connect, educate and spread the stoke. Get people to feel what we all know about. The feeling of motion on a board and the butterflies and joy that gives. What it means if you can live your passion. I guess that is also the strength of organizing SYCLD. I love every moment I can spend on the beach and in the ocean, so I only want to spend time behind the computer doing what I love, my time is too precious to me. SYCLD is an event I love to organise because it’s all about positivity. Everyone wants the best for it and each other. Even the sponsoring brands don’t want to dominate each other. Everyone supports it and loves doing so because it’s nice! Teaching longboard is also so nice! I was teaching thousands of kids and the smiles are the best! So inspire and get those who are inspired to inspire others. The pebble in the water..

For SYCLD I would like to have one event on every continent or in every region. The winner wins a trip to Eindhoven to have a shot at the title of World Champion. I think everyone should have the chance to attend and that a plane ticket to Eindhoven should not be the reason that maybe the biggest hidden talent somewhere can’t come. I think Brenno’s story is so inspirational. Did a crowdfunding campaign to get money for a ticket from Brazil to Holland and luckily he made it because he became world champion that year! And this changed his life!

For those who’ve never attended a SYCLD, what should they expect?
A huge venue of 5000m2 where you can skate, watch and enjoy yourself! With the nicest people on the planet doing things on a board that seem impossible. Just enjoy, skate and relax. The event is both days (21st and 22nd of April) from 13.00-22.00 and on Saturday there is a party nearby. Many competitions and much space to skate with obstacles. Eindhoven is also an awesome city. Most innovations and new developments in design are coming from Eindhoven. For those who can’t make it there will be a live broadcast!