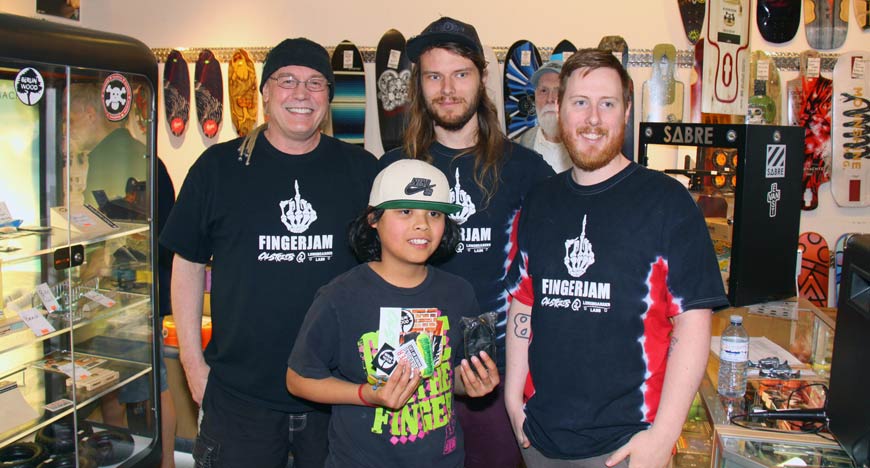 Fingerjam III – You shoulda been there! 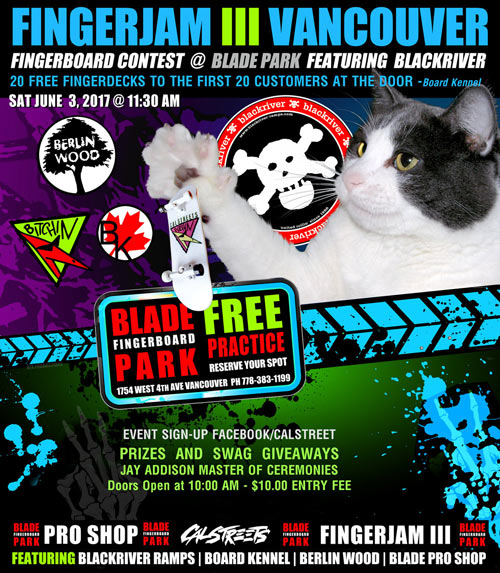 JJ – A brand new young competitor took the contest by storm, claiming first place in 3 out of 4 events. He started the day by destroying everyone in the bowl contest with insane flip trick variety as well as using the entire bowl to his advantage. Needless to say, it was mind blowing. Next, not only was he the winner of the best trick on the red rail portion of the contest, but he was the only one to land more than one trick. He came in hot with a super casual switch flip front board, following himself up with a fakie 360 flip board slide.

Expectations were high as he entered the park contest. Competition was tough, but he managed to make the final four and his consistency is what led him to his victory. Not only did he land a large variety of tricks, but he hammered them out one by one like a pro video part. He landed tricks in every stance and used the whole park. JJ came today rocking a Board Kennel deck, Blackriver Trucks, and Winkler Wheels but left with nearly all the loot!

Simon! Simon, a previous top contender in FINGERJAM II let the crowd know quickly what they were up against. Simon slays every stance and makes everyone fight to overcome him. His casual style included lots of fast finger work. Needless to say it was a second place well earned. He did well in nearly every event, he really has established himself firmly as one of the ones to beat in the Fingerjam Series.

Cam! Winner of the best trick manual contest took home third place. Cam had two incredibly strong first two runs that we are sure got everyone sweating in fear of what they were up against. Cam has been here before and took his first best trick contest win home today. Congrats Cam! A job well done.

Sebastian! Our fourth place competitor for the day deserves his name on the list. Why? Because it was a hard decision to make. He gave everyone a run for their money!

Every contest has everyone practicing their hardest. One particular individual that stood out to the two judges today was a young man by the name Marcus. It was very apparent that he had been practicing and learning every trick in the book to do the best he could in the event today. He took home a prize and we want to see him next year with all those tricks ironed out clean. 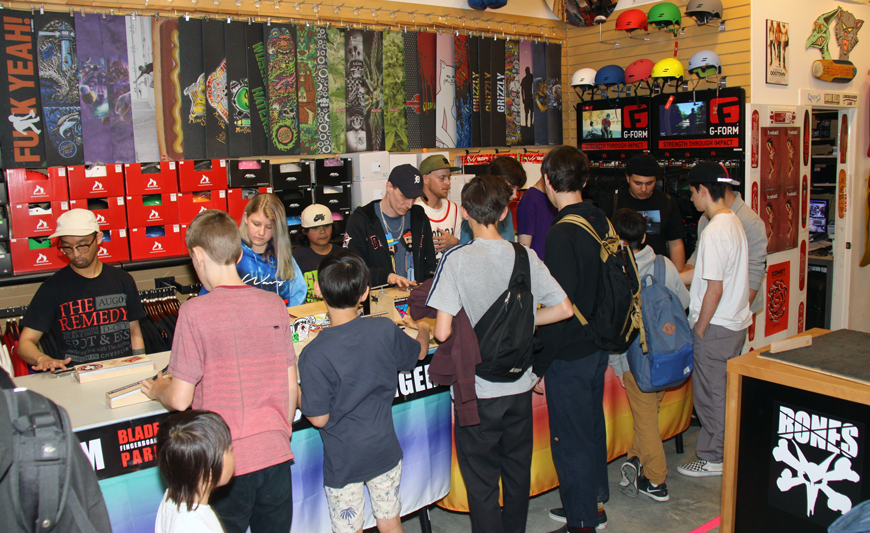 The battle was tough, the competition was fierce. We look forward to next time and we thank everyone for coming out. Such an amazing event isn’t possible without a hyper-talented array of participants, volunteers and hard working employees. Brandon Hoare made his appearance today as an announcer and judge. Brandon has moved on from the shop but still continues to be an active part of Fingerjam and the progression and furthering of the Vancouver scene. Without him Fingerjam 1,2 and now 3 wouldn’t have been nearly as much of a success. The course itself was designed using Blackriver Ramps provided by Adam, Rick, and Zion. Justin was a big help in the organization and design lay out of the park unfortunately couldn’t make contest day.  In addition we would also like to thank Graham for helping spread the stoke and fun, Autumn for helping deliver a large portion of the park so we could have it on time for the event, Carl for being an active presence and Zion for timing contestants runs.

CalStreets gives a big thank you to its sponsors of the event. BLACKRIVER / BLADE PARK these great companies provided the prizes and free give away stickers that made the day all that much more special. Adam did an amazing job crafting this years F3 Blade Park fingerdecks. This is the 3rd year Board Kennel has been gracious enough to supply the first 20 people with Free event decks! If you didn’t get one better luck next time or BUY NOW Limited Edtion F3 EVENT COMPLETES.

Looking forward to the future, Fingerjam will continue to grow and support its local scene. Stay tuned for updates for the fourth installment. Time to hit the park and practice. CalStreets & Blade Pro Shop will always have you covered. Checkout the unboxing of the Blade Pro Model by Planktoon.