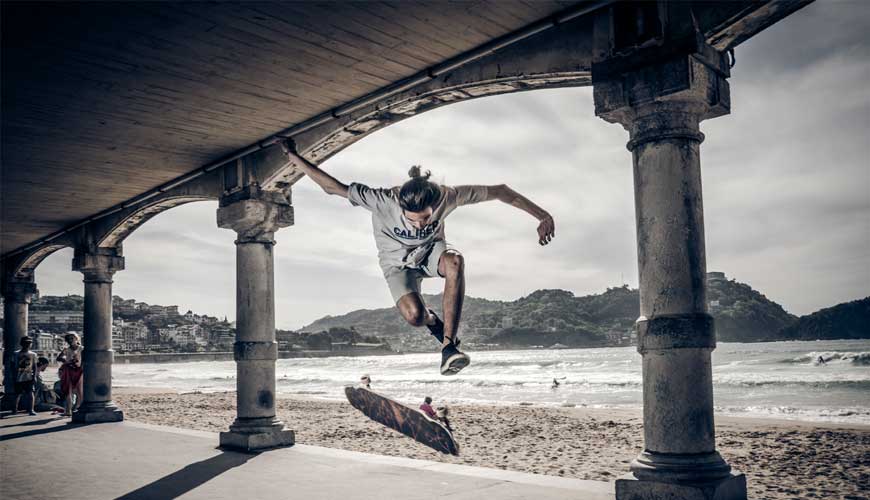 Ahoy, this is Peter Markgraf, professional longboarder from Leipzig, Germany. My favorite discipline of longboarding is dancing. The great thing about dancing is the unbelievable possibility and multifaceted aspect about it. Dancing for me is vivid anarchy because there are no limits concerning tricks, and furthermore there are no rules, no limitations, which I truly love! Besides that, you are not depending on a hill to go bombing, because you can make it happen everywhere. Go out there and search for a nice spot to skate – either a parking place or a nice little spot in the park. This might also be why longboard dancing is so popular in Europe. You don’t need anything but your board and a street to shred. You are probably asking yourself why dancing is so freaking big over here. Well, I want to try to explain it and give you an impression on how everything developed in Europe within the last years – especially putting an eye on dancing, of course.

In the swinging ’60s, the first disciplines in skateboard competitions were slalom – a timed race down a marked course – and freestyle. Freestyle, sometimes called flatland, looked something like modern-day longboard dancing; riders created choreographed routines full of wheelies, turns, spins and flowing lines, which they presented on their boards. Unfortunately this episode ended pretty quickly after the Zephyr team and their aggressive bank/vertical style stole the show at the Del Mar Nationals in 1975. (By the way: Dogtown and Z-Boys is a nice movie to get an overview of that period of time.) 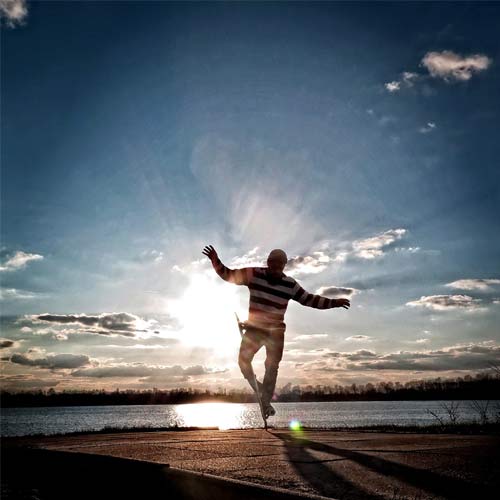 But who would have thought that freestyle was unkillable? During a time when most people focused on vert and pool skating, a guy named John Rodney Mullen reinvented flatland skating. He was the guy who shaped and dominated the face of freestyle back in the ’80s with his incredible innovation, consistency and style, and also helped lay the foundation for modern street skating.

The term “dancing” surfaced in the mid-2000s, when the two Adams, Adam Colton and Adam Stokowski, started with a new way to combine board walking, old-school tricks and manuals. They helped inspire the modern way of longboard dancing and freestyle as we know it today, and their videos sparked the flame for that style of longboarding in Europe. Around this time the first longboard shops opened, contests were taking place, people became curious about longboarding and more and more people were digging it.

When I started longboarding in Berlin five years ago, I was just one of a bunch of people who met each other regularly. We talked about setups or new tricks we saw on the Internet, we skated through the city at night and supported one another to improve and learn new combos. After a certain time we wanted more! That’s when we started to connect with like-minded people from other bigger cities in Germany.

When we began to check out the first contests, downhill was pretty popular in the south of Germany. But we don’t have many bigger hills in the north of Germany, so we sought out what we knew. Also, for people who start longboarding, it is often easier to start with cruising and dancing, to develop some sort of feeling for the board. Besides that, I think that when you start to skate, you also want to be part of the community, to get some 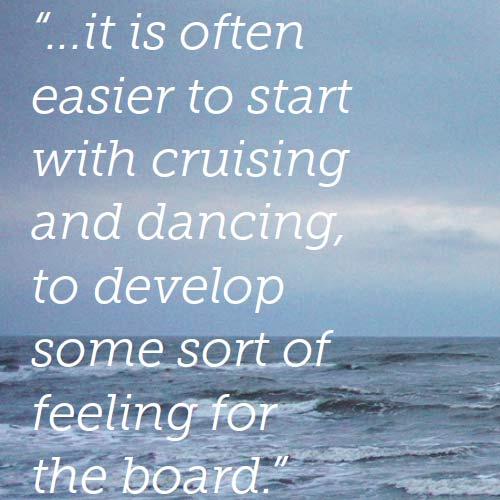 inspiration or some little help from others – and if most people do dancing, I would say that you first of all orient yourself to the rank and file. The biggest dance happening is taking place in Eindhoven, the Netherlands, for example. Also in Germany we have several dance/ freestyle events.

To broaden our horizon further, we also started to go on our first skate trips abroad. We were interested to see people from different countries skate. How did they ride? What kind of tricks did they do? Where did they get their inspiration?

On my first trip, some friends and I rented a bus and drove over to Paris for the TangTang Contest. I was pretty excited because I really didn’t know what to expect. It was stoking to arrive early in the morning, get a coffee and skate close to the Eiffel Tower.

I immediately recognized, when the contest had begun, that the style of the French was kind of special, very different from what I had seen so far. They did their crazy hand tricks, well-known as the “pizza baker” tricks. Our dearest friends from the Netherlands also participated. The Dutchies, tall as a lighthouse, with their 48” long boards, doing their freaking kickflips and a lot of street skate-related tricks. Soon I could usually tell where somebody might come from, just by watching them skate. Awesome and inspiring!

For me it is incredible that across borders and hundreds of kilometers of distance people come together to skate with each other. I wouldn’t have expected that something like that could be possible, because Europe 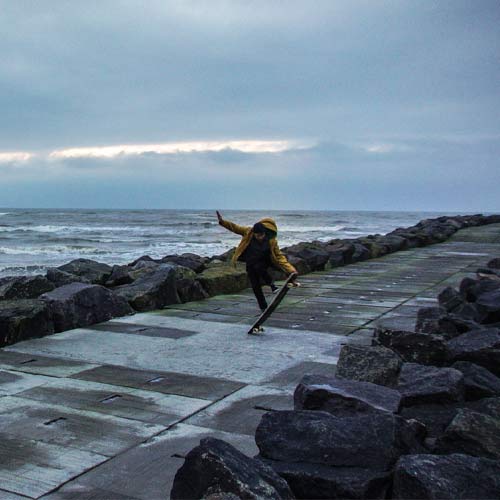 consists of 47 countries with more than 24 spoken languages. But no matter where somebody is coming from, or which languages you know (or don’t know) we can all be connected by sharing the same passion – skating.

When I look back on the last years, I think of all the beautiful people I got to know and how much I learned and improved by traveling and skating with different people. Even by traveling to Madrid, which basically was a birthday present, I got to know so many lovely people by skating in the streets. We came together, skated, had a lot of nice talks and felt connected to each other – not just for skating. During the days I spent in Madrid, the idea of making a video arose, to show people around the world that skating connects, and how much fun one can have by doing what you love.

I’d love to come around to skate with you guys and to give you an impression on how special and interesting dancing is. With the help of creativity, which you can develop also, you can combine so many tricks – even if you only know the basics, you can start something extraordinary. I’m telling you, the possibilities are endless, and as a friend used to say: “It is fun as f—!” 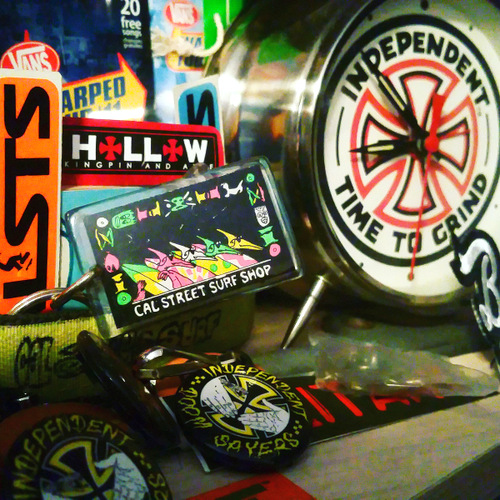