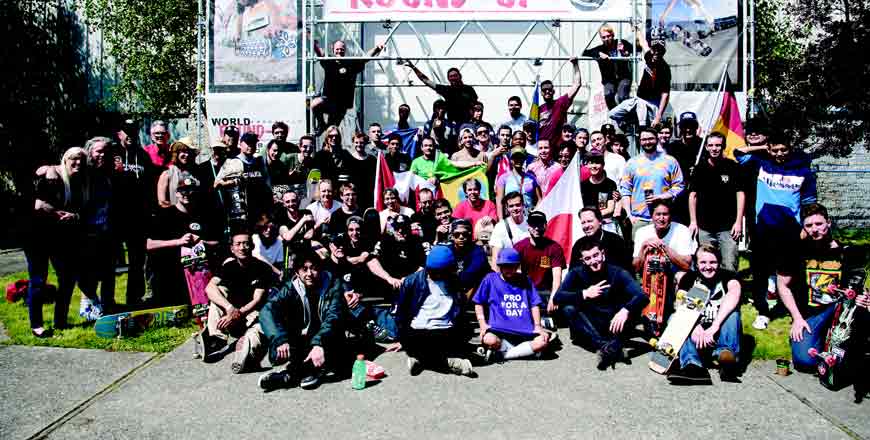 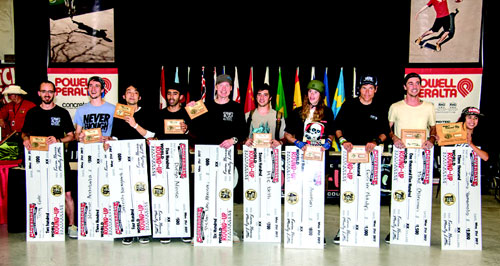 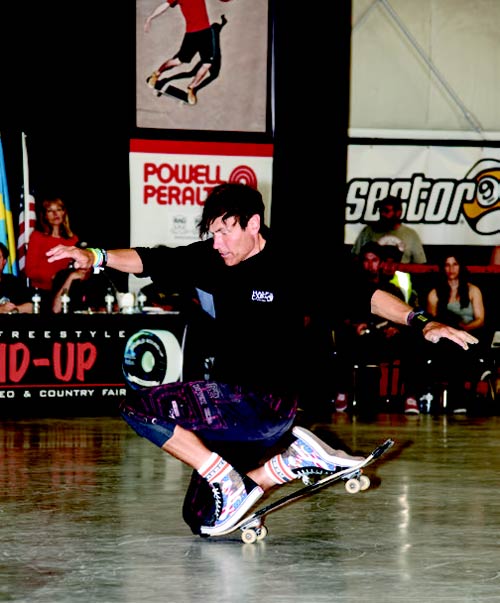 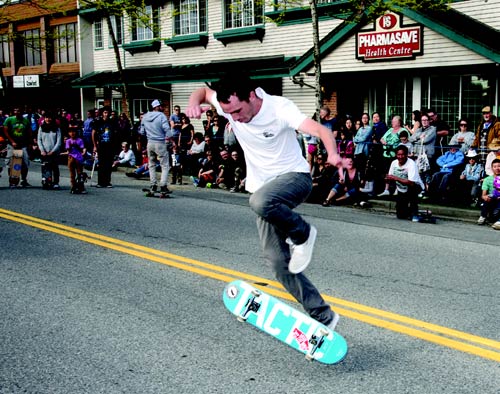 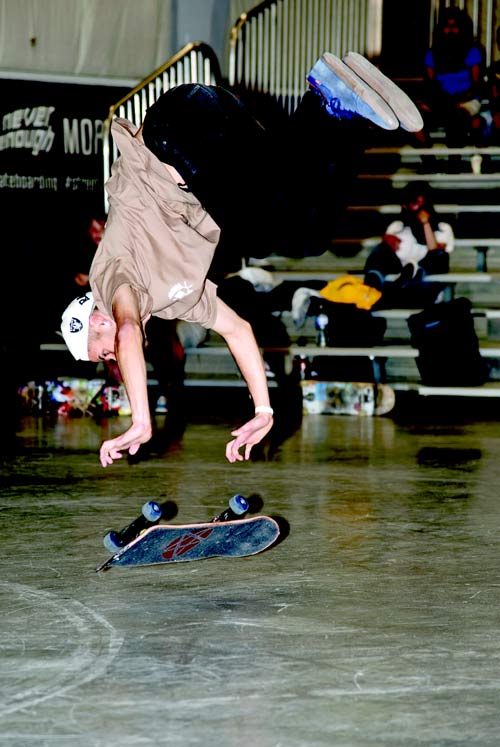 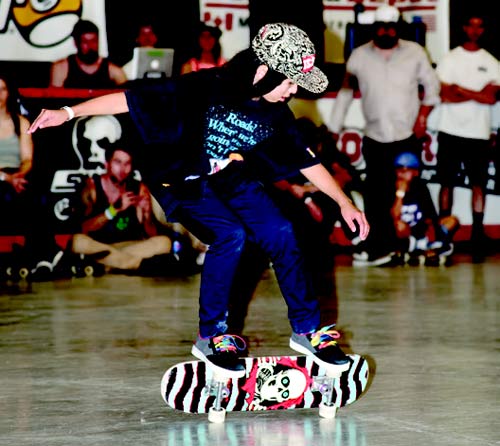 This was year number six for one of the most awesome skateboard events that exists today, the World Round-Up freestyle skateboard championship, which only gets better each year. Bringing over 60 of the world’s best freestyle skaters from 13 countries to one venue in Canada is an equation for success on its own. But when you add in one of the world’s top “Girl” skaters, i.e., professional street skater Rick McCrank, who was filming an episode about freestyle for his TV show, plus the Vans/Skull Skates launch ramp and high jump contest happening outside, not to mention Chris Haslam and Rodney Mullen showing up to watch the finals … well, let’s just say the stadium was extra-packed and the crowd was extra-pumped. The competitors were stoked, too, and all trying to get some of that $10,000 in prize money.

Right from day one it was obvious that the Japanese were present, with 14-year-old wonder boy Isamu Yamamoto as the guy to beat in Pro, and then kids like 8-year-old Yuzuki Kawasaki bringing the heat down on the competitors in Amateur. The thing about freestyle is that age doesn’t matter; Round-Up competitors ranged from 8 to 56 years old, or 66 if you include Russ Howell, who competed in the 360 spin-off. It’s amazing to see young kids who have learned from the masters of freestyle forcing those masters to step up their game and learn more in order to keep up. Skateboarding is forever, and these guys prove it every day.

Competitors bounced around in the standings over the first two days of the event. Among the riders to watch were Isamu Yamamoto, Mike Osterman, Guenter Mokulys, Satoshi Kanagawa, Pete Betti and Andy Anderson in the pro division, and Yuzuki Kawasaki, Ikkei Nagao, Dillanger Kane, Marcio Torres, Josh Dunstone and Cristobal Bahamonde in the ams. The lead kept switching, but nothing matters until Sunday, when the finals happen.

On Sunday, the pressure was huge and all money was on Japan. With many solid runs in both divisions, the crowd was loving the show. The amateurs ended with Marcio Torres from Brazil taking first place, followed closely by 11-year-old Ikkei Nagao and 8-year-old Yuzuki Kawasaki from Japan. Ikkei tossed out the first-ever 720 big spin in competition in the finals – twice! – but Marcio’s solid skating was right on point with his amazing choreography, and the judges gave him the nod. Marcio comes from a background in breakdancing and has only been skateboarding for a few years, but you wouldn’t know it when you watch him live. He’s a must see.

In the pro division it was the race to catch Isamu. Not only was he landing perfectly on everything, but he was doing it at triple speed. This kid is a machine! Guenter Mokulys from Germany came into the finals in 10th place, which is unusual for him, but he reminded the other competitors why he has won so many world championships over the years by laying down some solid routines to finish off in third place. U.S. skater Mike Osterman has won this event in the past and is always one of the toughest to beat, but with Isamu skating perfectly all weekend, Mike knew he had to do something extra-special this year. He put together a line like I’ve never imagined, sticking every trick the hardest way with pure style and skill, but it just wasn’t enough to take down Isamu Yamamoto. Isamu took first place for the first time. His new maneuvers and fast-forward style not only wowed the crowd and won the contest, they even got Isamu’s idol, Rodney Mullen, fired up and excited. Rodney was interviewed by Rolling Stone magazine about the World Round-Up and Isamu Yamamoto and had nothing but positive and encouraging things to say – including that watching Isamu in person reminded Rodney of himself as a kid. Could we have another Rodney Mullen on our hands? The future is bright.

The World Round-Up freestyle skateboard championship is unique. It’s not all about being the best and winning the competition, it’s more about hanging out with your friends and showing off the joys of skateboarding for multiple different crowds over one long weekend. It’s about putting on the best demo you can and giving memories to kids and their parents that will last forever, and hopefully encouraging some of them to try skateboarding too. It’s about watching competitors’ battles with themselves, and seeing their excitement when they accomplish their goals. And it’s about planning for the next year.

Who will show up? Who will be watching? Who might be the one to take down Isamu Yamamoto? Come to next year’s World Round-Up on May 18–21, 2018 and find out!