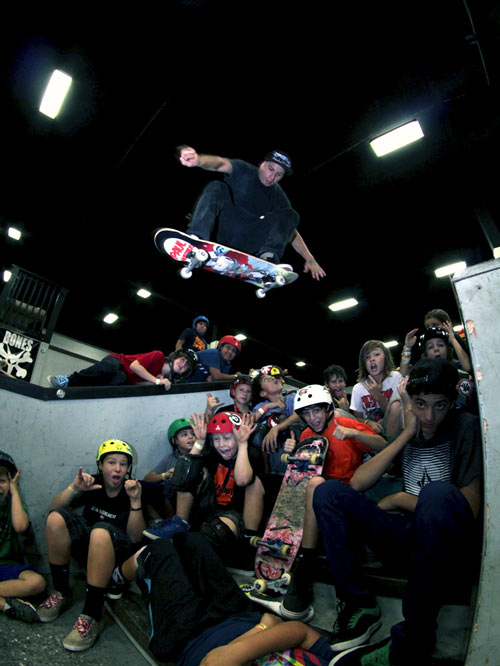 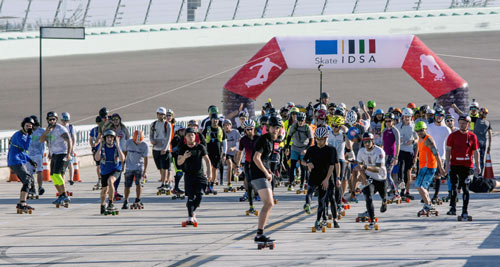 You’re tired of thrashing alone and you want to make more friends and start a crew. Though maybe that’s not an issue for you,  it could be that your hood is just full of skaters with absolutely nothing to do tons of kids who would love to have a race or comp to participate in. Then again, that might not be it either.

Maybe you already have some cool events and a pretty decent scene and you just want to get involved – give a little back and maybe make it a little bigger and better. Those are all valid reasons to want to find ways to make your (and others’) experience as a skater more fun.

No matter what your personal motivations or the current state of your local skate community, you’ve come to the right place. Here are five examples of ways that you can create, nurture or even just enhance your local scene at any level.

Chances are, most of you didn’t wait around for advice from a magazine before getting out there and trying to do things to grow your scene. I’m sure something like “start an event” would not only seem obvious, but is probably something you’ve already done. So instead, let’s address one of the issues of being the event host: during that time you’re no longer just a skater.

Sure, your event might have been really successful and gone off without a hitch, but I’d be willing to bet that’s because you spent a bit of time planning it – time you could have spent skating. Even if that’s not the case and it was a really casual, thrown-together thing, you still can’t compete in your own race. Slide jams are even worse because, for fairness’ sake, you’ll probably want another judge or two besides yourself. That’s you and two friends sitting it out instead of getting to skate. Even if that doesn’t bother you for one or two days, no one would blame you if it kept you from wanting to have more than a few events in a season.

So what’s the solution? Start an event-hosting group. It can be on Facebook, a group chat or whatever works for you. Just invite all the local skaters and let them share in the responsibility. It’s like crowd sourcing because everyone can suggest, discuss and plan the events. Even better, you can find out who’s interested in hosting the actual events and start a rotation. That way, you can easily have a different race or slide jam every month and no one person will have to sit them all out. Even the people who are just there to talk about events and share ideas will feel more invested and hyped about participating than if they didn’t. Plus, as your team of locals starts getting more organized and ambitious, you might even start seeing opportunities to take on bigger and more exciting projects. That’s where the next section comes in.

This might surprise you, but if you play your cards right, this one can actually work exceedingly well. A lot of cities love anything that encourages tourism, publicity or even just a stronger sense of community. Plus, the county/city/town will have all kinds of avenues of advertisement already in place that can help you reach people you’d otherwise never contact.

Your pitch might have to be tailored to your area, and what you can get them to agree to will vary. So just keep in mind that any arrangement would have to benefit them as much as it does you. Know your neighborhood, research the kinds of community outreach that have been successful there before, don’t push your luck, and make sure you’re willing to put in the work to accomplish any promises you make.

For instance, a small Midwest community might have elected officials your parents play golf with, so getting them to listen to your ideas could prove easy. However, creating revenue for the town probably won’t be the hole-in-one idea it is in larger cities, so you’ll have to get creative.

You might want to focus more on giving the local kids a safe place to hang out and a group activity to stay out of trouble. Bigger cities will have officials that are harder to contact, though once you gain an audience, creating revenue is often a sure fire hit. Any event that’ll encourage tourism, spark the local economy or just charge enough in admission that they’ll see a profit will make their ears perk right up. Just make sure you have the well-thought-out plan and some examples of where it’s been successful for other cities in the past. That’s what will make your numbers ring true.

It’s a high investment, high reward kind of thing, so unless you’re serious about it, don’t make skaters look even worse in the eyes of local government. You’d just be ruining it for next guy who might have a really cool event or program planned. “Make sure you’re willing to put in the work to accomplish any promises you make.”

3) Build the Scene Yourself

No, I’m not being sardonic. I’m saying you can build things that will encourage other skaters to get out more, have sessions more often, or possibly even get involved in growing the local scene themselves. You can make ramps and obstacles for an event, you can enhance or create awesome street spots with a little DIY ingenuity (as long as it’s safe and legal to do so), you can even build entire parks if you have the room and the time.

This option is especially good if your hometown is severely lacking in good places to skate. So rally the troops! Get your event group together, track down those bored former skaters who quit because things in your area got stale, and convince them that with their help you can make it fresh again. Sure, this one will mean buying supplies, doing some research, trial and error and a bit of elbow grease, but nothing will strengthen a community faster than the camaraderie of friends working together and invested in creating something they can be proud of.

Plus, it’s not just a good idea for those with a huge backyard. If you already tried the ideas in the previous section, you may have some friends in high places, and sometimes the local government will even sign off on letting you clean up and maintain an otherwise useless area (like under a highway overpass) that they would rather not have to maintain themselves. Get enough people involved and you can have a complete free-to-the-public skatepark in no time – not to mention, that kind of community outreach also makes the scene more inviting for younger skaters and can foster good will with the non-skaters in your town. (Don’t be surprised if that comes back around for you. Even simply less cop calling is nothing to sneeze at.) 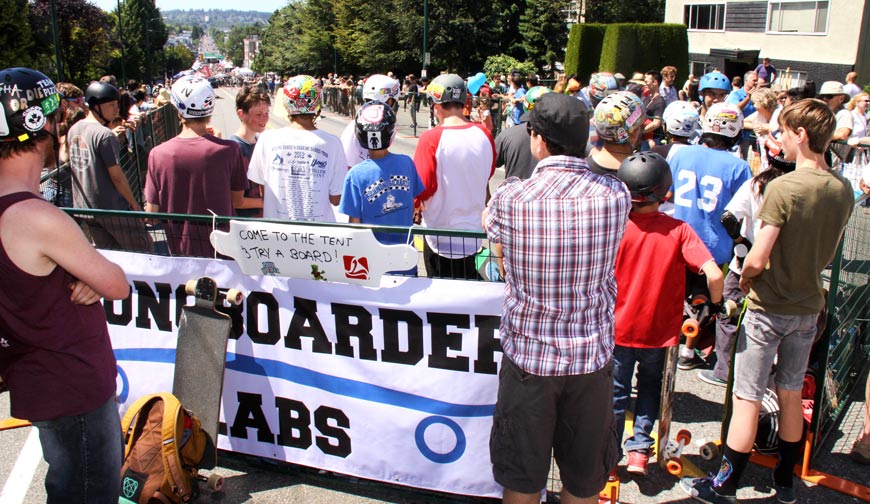 This one is a “two birds with one stone” kind of thing. Sure, getting more people into skating translates directly to a larger scene (since there’s literally more people in it). Teaching others to skate and supporting those who are new to it helps build a sense of trust and community. It can stoke out groms that who might otherwise get intimidated by learning on their own, or bring back some older people who might have gotten discouraged by hurdles that you have a trick for clearing. Most importantly, however, it passes that torch to the next generation of skaters. That’s the second bird, and it’s a big one. Getting all the groms hyped on skating is cool, but your legacy is more than just your average skate crew now.

You and your friends have put in a lot of hard work to grow an awesome scene with tons of great events. You need to get these groms excited about the idea of taking over for you as life gets in the way – which isn’t some kind of morbid, “you’re going to have to quit skating” kind of thing, but just a fact of life. The more responsibilities you have, the less time you’ll be able to dedicate to skating – thus, the more of your free time you’ll want to set aside for actually being on a board.

At the end of the day, no matter how much you love skating, there’s only so many times you can call in sick to plan a slide jam before you lose your job. You still want there to BE a slide jam that you can go to on the weekend, though! So, in actuality, making sure a younger group of skaters can pick up where you left off is just an insurance policy for those who aren’t going to let getting older keep them from skating. Let the kids do the work. At this point, I’d say you earned it!

5) Remember It’s Not About You

I realize this seems like a complete 180 from the last section, but I assure you it’s not. Frankly, some of it does have to be about you. I mean, this probably all started because you need people to skate with. It’s more fun that way, and a lot safer than skating alone. Having a few buddies around who can spot a blind corner, call an ambulance if they have to, or even just give you a ride up the hill at the end of a run aren’t shameful reasons to want to grow the scene. That’s just being responsible. Even just having some friends who make it more enjoyable will encourage you to continue a healthy way of dealing with stress. Basically, I’m saying that your hobby is one time it’s actually good to be a little selfish. That’s why it’s your hobby: It counteracts the other 90% of the time you’re at school or work or something else that sucks. 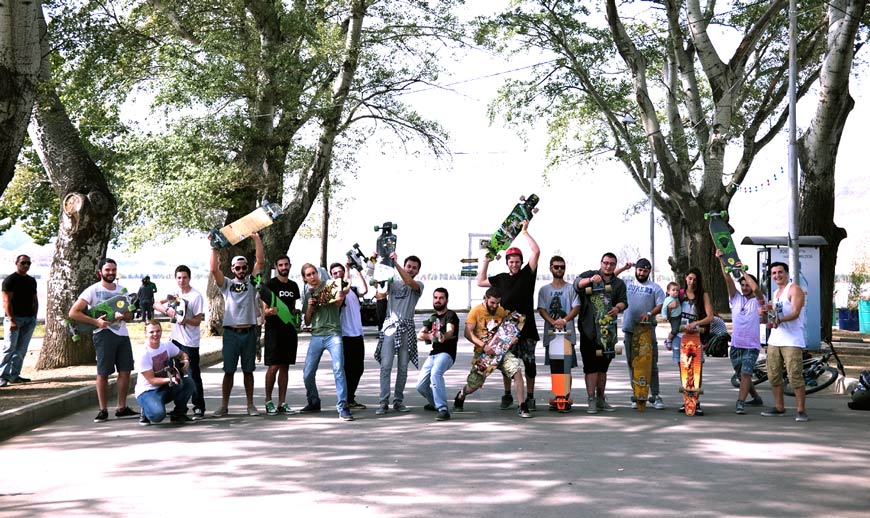 That being said, the entire concept of a scene is that by definition it can’t be about one person. So whatever your motivation may be for wanting to stimulate it, you have to remember that it’s only going to happen if you can convince a large group of other people to get excited about skating. That means paying attention to social media, and designing events that incorporate trends that you might not be that into yourself. You might only ride long-lasting wheels, but it wasn’t too long ago the absolute best way to assure your slide jam would be huge was to get a good Mids-style wheel sponsor and hold it on a hill that that rode like a canvas (see: make wheels dump).

There’s even a pretty good chance that you aren’t in the position to host your own event, or maybe you do but they’re stuck being pretty small because you don’t have a ton of contacts. Guess who does? Your local shop. I promise you, they have a phone number and an email for every one of the brands they carry, and growing the local scene translates directly to sales. So having awesome events is just good business sense, as long as they can afford it. That’s where you come in. They have all the contacts and resources you don’t, and all they need is an indication that a sick race or jam would lead to profits. I know it’s a broken record at this point, but we’re going to keep saying it until you listen: Buy local! Support your shop and they will support you! It’s just that simple, guys and gals. In many cases the local shop IS the local scene. Helping them helps you. They do events, advertise for the sport, teach and hook up newcomers. Basically, if you can’t do anything on this list yourself, at least you can help support those who do, and that’s always going to be your local shop.

Special thanks to Michael Brooke of Concrete Wave Magazine.