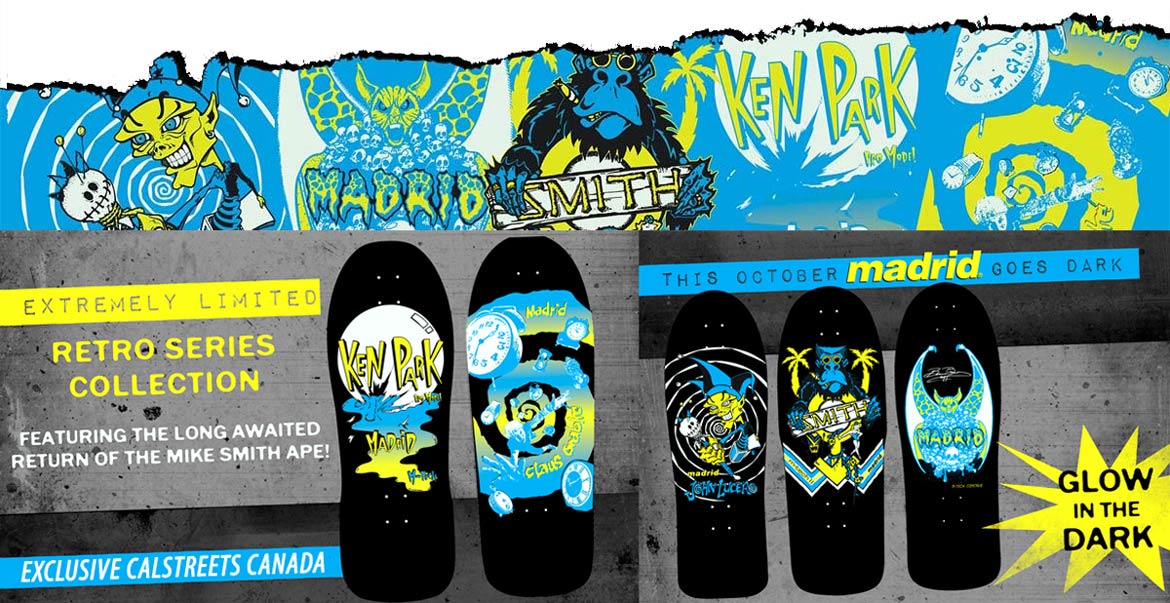 There have been more than a few attempts to put a glow-in-the-dark (GITD) skateboard to market in Canada. For the most part the products ended up about as useful as glow sticks at a rave. They were used then tossed aside – broken and defeated on the street. A remnant of a good time had, but gimmicky and short-lived.

Is it even possible to introduce a GITD skateboard with staying power? There is, and ironically we have to throwback to the 80s to find one. Let’s review! 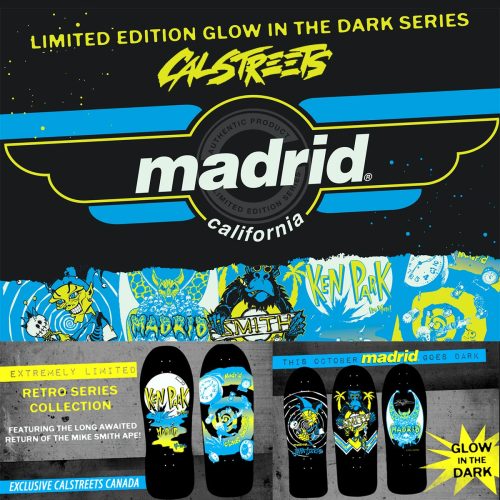 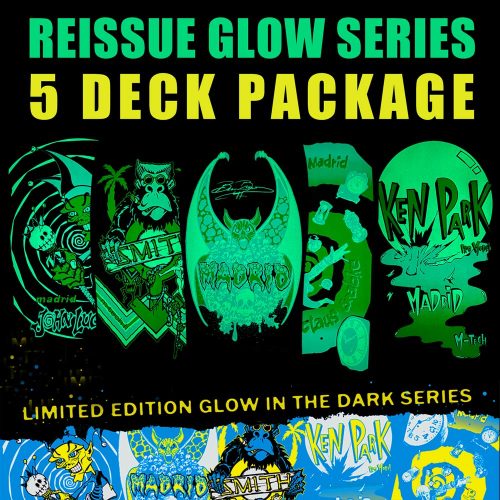 When CalStreets connected with Madrid to bring the “new” Glow In The Dark Series to Canada’s largest reissue department, we were blown away by what we saw. Madrid dug into the archives and gave the GITD treatment to some of their most iconic pro models from the 1980s.

Were you a fan of the sold-out John Lucero Jester? Well, you can score the joker in glowing luminous form with this GITD reimagining. Alternatively, you may ooze stoke over the legendary single kick design of the Ken Park deck which makes his GITD reissue your cup of tea. Then there’s the timeless Claus Grabke OG Cruiser which enjoys added illumination by going glow-in-the-dark. How about the Beau Brown OG Cruiser? Madrid has you hooked up too with their incandescent reissue of the Bat. And we saved the best for last with the mind-blowing (and glowing) return of the Madrid Mike Smith Ape in its original 80s mould.

Huntington Beach “Surf City USA” has been a hub of skateboard culture for five decades strong, making them an equal contender as America’s top skate town too. These glow in the dark skateboard decks were pressed in Madrid’s Huntington Beach CA factory using the same molds they’ve used since their original releases. No overseas pop-outs here folks. Instead, these collectors’ items come straight from “Skate City USA” into the CalStreets shop in Vancouver BC aka “Skate City Canada”. But don’t worry if you’re not in the 604 area code, as we will ship the deck to your home anywhere in Canada. Better yet, they qualify for FREE shipping across the country.

When you buy one of the Madrid Glow in the Dark decks you join an elite group. That’s right, the series is extremely limited. Furthermore, you’re buying the deck from the exclusive retailer in Canada which puts you into a very select class of skaters and collectors. The odds of bumping into someone who also has one at your local skateboard are slim, but if you do – instant kinship!

You May As Well Get Them All 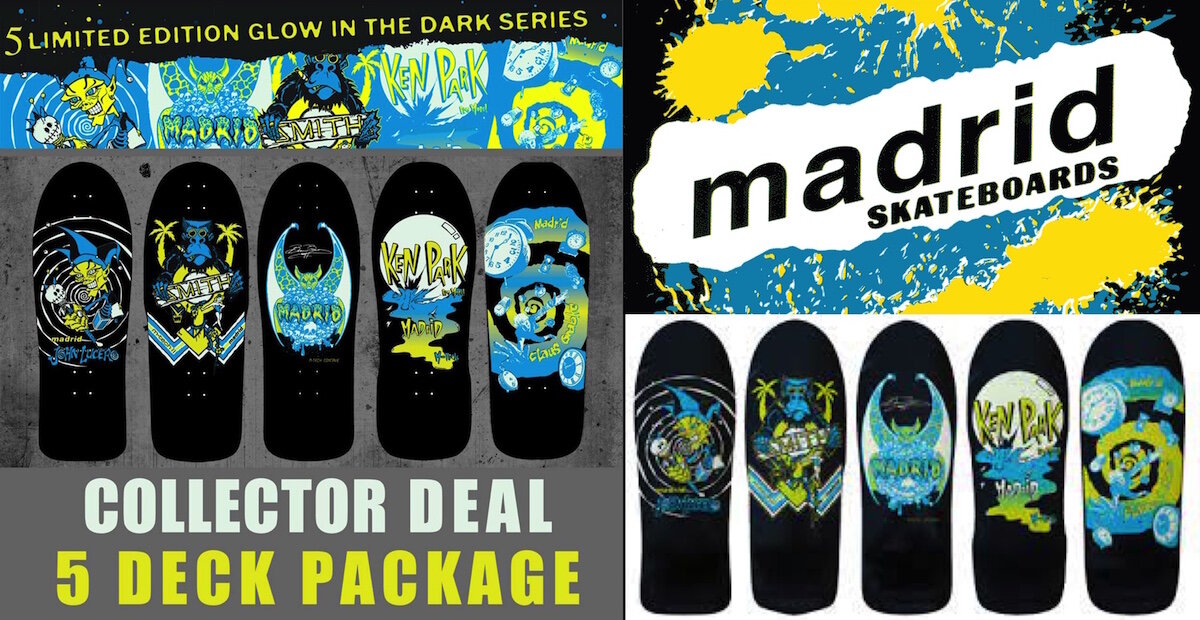 You’re sold on adding a Madrid Glow in the Dark Series deck to your collection. There’s only one problem – you can’t decide between the 5 iconic models. You don’t have to. That’s right, BoarderLabs CalStreets has made this retro reissue series available in a 5-pack! Get all five decks at one great bundled price. With a quick click of ADD TO CART you will instantly own the entire quiver of Madrid’s GITD decks. Just don’t wait too long as once they’re gone, they’re gone.

Shop the Madrid Glow in the Dark Series

Buy the Madrid Glow in the Dark Collector 5-Pack