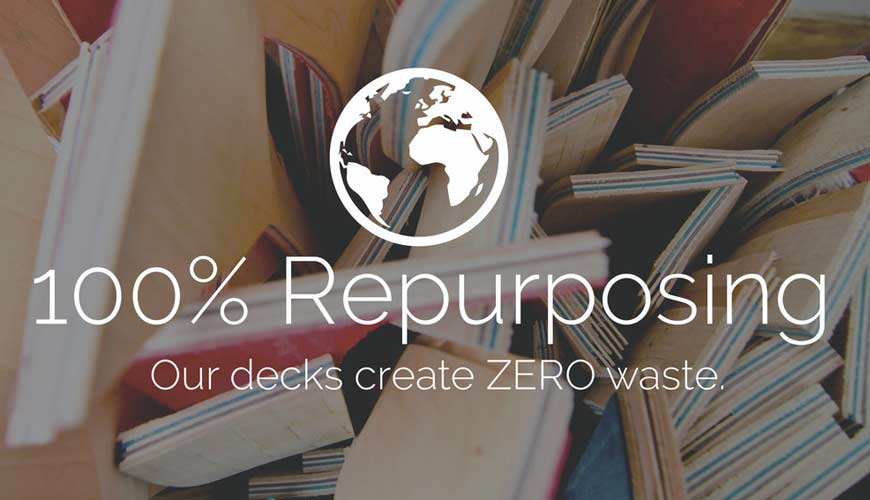 What is your role at DB Longboards?

Matt McDonald: At DB Longboards I am currently the Marketing / Team / E-Commerce Manager and videographer/photographer. I am also occasionally referenced to as “Mountain Dad” due to the bear and “School Zone” because I don’t go very fast.

I am intrigued about DB’s 100% repurposing of scraps in your manufacturing process. Where does some of the stuff go?

Yep! We try to recycle everything we can. Everyone does seem to think we are all hippies up here living in the trees anyways. The scraps go to a wood recycler and they get turned into particle board and some of the scraps are turned into rock climbing holds made by our Sales Manager Nathan Pauli. We have lots of other ideas also.

What has been your favorite road trip story with the team? Can you share any highlights? 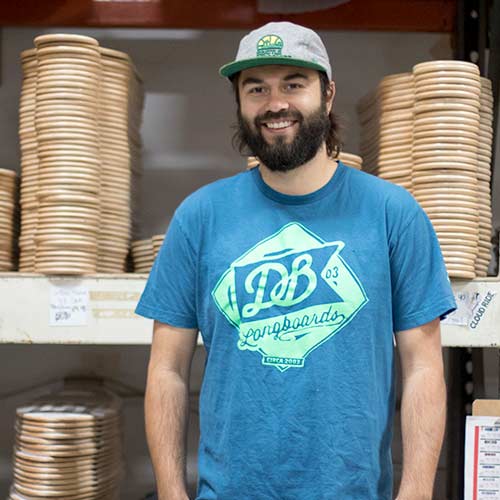 Favorite road trip this season is tough. Whistler was super fun, but I gotta go with our road trip to Santa Barbara with Garrett Creamer and Richard Docter to meet with Sean Woolery who lives down there. It was super fun to explore and capture photos with Garrett and Sean on some famous runs around Santa Barbara. It was also great to meet Tom Flichbaugh, of Santa Gnarbara, and sit in his car for some follow runs. Tom is easily one of the most talented people I have met in the industry. The only downfall was I may have eaten too many chesseburgers on that trip due to Sean introducing me to the Habit and I had to compare it to In N Out mulitple times. It was for science.

What has been the reception to DB outside the USA? Are there some places that we should know about where you are selling product?

Europe is a strong market for us and we distribute to countries all over the world. It’s also fun to connect with our European riders like, Toni Conte in Spain, to see how people receive our products across the pond and people really seem to enjoy all the boards.

What are some of your plans for Cloud Ride Wheels? Anything new coming in for 2016?

Ah yes, Cloud Ride Wheels does have some new things on the way. We are almost done perfecting our race formula in the new Storm Chasers and we also have two other new slide wheels on the way that are going through some heavy testing this week.

When you look back on 2015, is there anything you would have like to have done, but just didn’t get round to? Are you planning on doing it?

I just started this job a year ago and with everything I know now I would have liked to put on more local events and help support the event organizers. I plan on doing that much more in 2016. 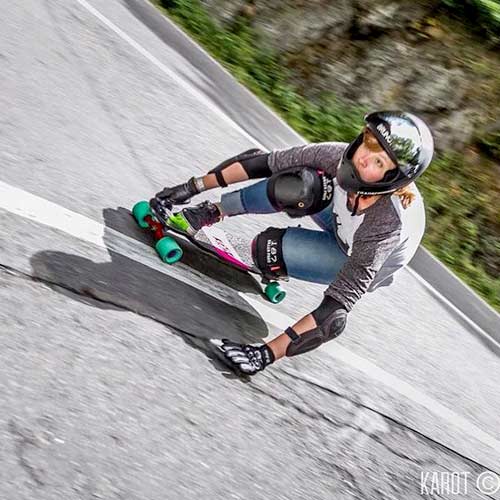 Are you looking at bringing in any female riders to your team?

We are always looking for new female riders. We have Rosanne Steeneken in Europe already, but I would love to find a female-Seattle rider to join the team.
DB Longboards Team rider Rosanne Steeneken.

What is something that most people would find surprising about Atlas Trucks?

Atlas is about to launch a “Tinder Enabled Glove” and by that I mean the Atlas Touch Enabled Slide Gloves that I think people are really going to like. I refer to them as “Tinder Enabled Gloves” to all the single people out there, so they can work on there pick up game in-between runs (To my girlfiend and Jackson Wells girlfriend: We are not on Tinder. Don’t worry).

What upcoming skate event are you most looking forward to?

I am looking forward to the Washington Triple Crown of Downhill on Nov. 21st.  I worked as a photojournalist for a newspaper before I took this job and I really enjoy capturing events and candid moments. Should be a lot of fun.  If you live anywhere near Seattle you should come. I will take your photo.

What’s the one place you’d like to take the DB team to visit?

Hawaii. I haven’t been there in several years and want to go back to do some serious longboard filming with the team.